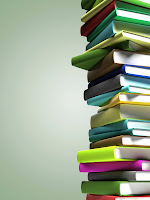 The John Newbery Medal is a literary award given by the Association for Library Service to Children, a division of the American Library Association (ALA). The award is given to the author of the most distinguished contribution to American literature for children. The award has been given since 1922. It was the first children's literary award in the world. It is named for John Newbery, an 18th century English publisher of juvenile books. – Wikipedia, the free encyclopedia

The 2010 Newbery Awards list just came out. The Newbery Medal winner was When You Reach Me by Rebecca Stead. Newbery Honor Books were: Claudette Colvin: Twice Toward Justice by Phillip Hoose, The Evolution of Calpurnia Tate by Jacqueline Kelly, Where the Mountain Meets the Moon by Grace Lin, The Mostly True Adventures of Homer P. Figg by Rodman Philbrick.

The Pura Belpré Award, established in 1996, is presented to a Latino/Latina writer and illustrator whose work best portrays, affirms, and celebrates the Latino cultural experience in an outstanding work of literature for children and youth. It is co-sponsored by the Association for Library Service to Children (ALSC), a division of the American Library Association (ALA), and the National Association to Promote Library and Information Services to Latinos and the Spanish-Speaking (REFORMA), an ALA affiliate.The award is named after Pura Belpré, the first Latina librarian at the New York Public Library. As a children's librarian, storyteller, and author, she enriched the lives of Puerto Rican children in the U.S.A. through her pioneering work of preserving and disseminating Puerto Rican folklore.It has been given every other year since 1996. Beginning with the 2009 award, it will be given annually. -- From ALSC